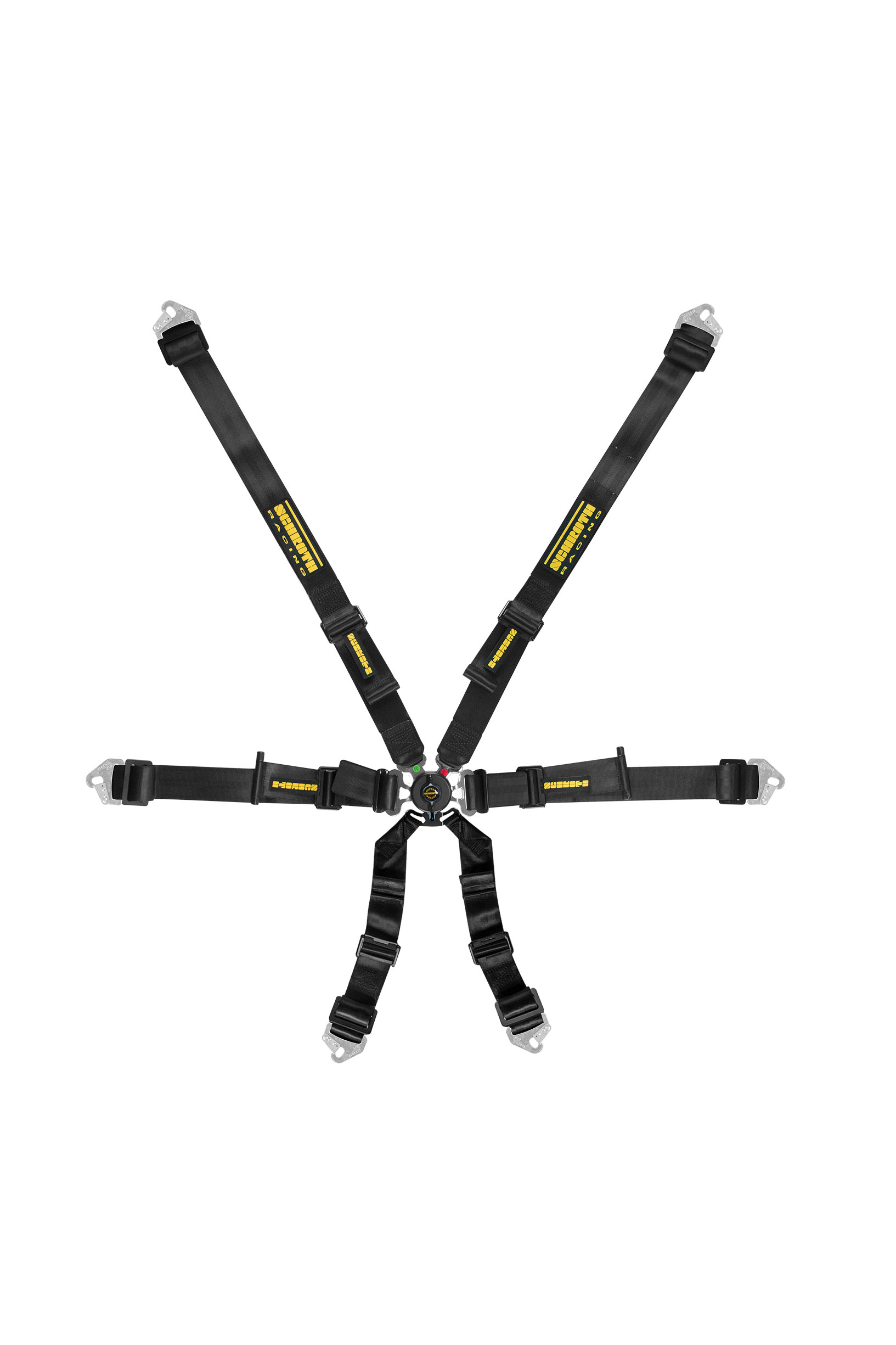 The FHR specific shoulder belts are designed to make FHR use safer and more comfortable. The full 2" shoulder webbing fits perfectly on a FHR device, creating optimal force distribution on the surface of the device.

What makes the Flexi belts different from the Schroth lineup? The reversible Flexi lap belts!

Flexi lap belts can be changed from a pull up configuration to a pull down by simply rewrapping the lap hardware. This allows you to set the belt up just the way you want it for your specific situation. It also allows for Bolt In brackets to be wrapped in for the lap belts if needed.

Comes with Snap-In attachments at Lap and Sub points. The Shoulders come ready to be snapped in. Bolt-in hardware available for purchase separately. Available in black, blue, red and yellow.

Check out the video on YouTube for a detailed instructions on how to change the Flexi lap belt from Pull-Down to Pull-up.