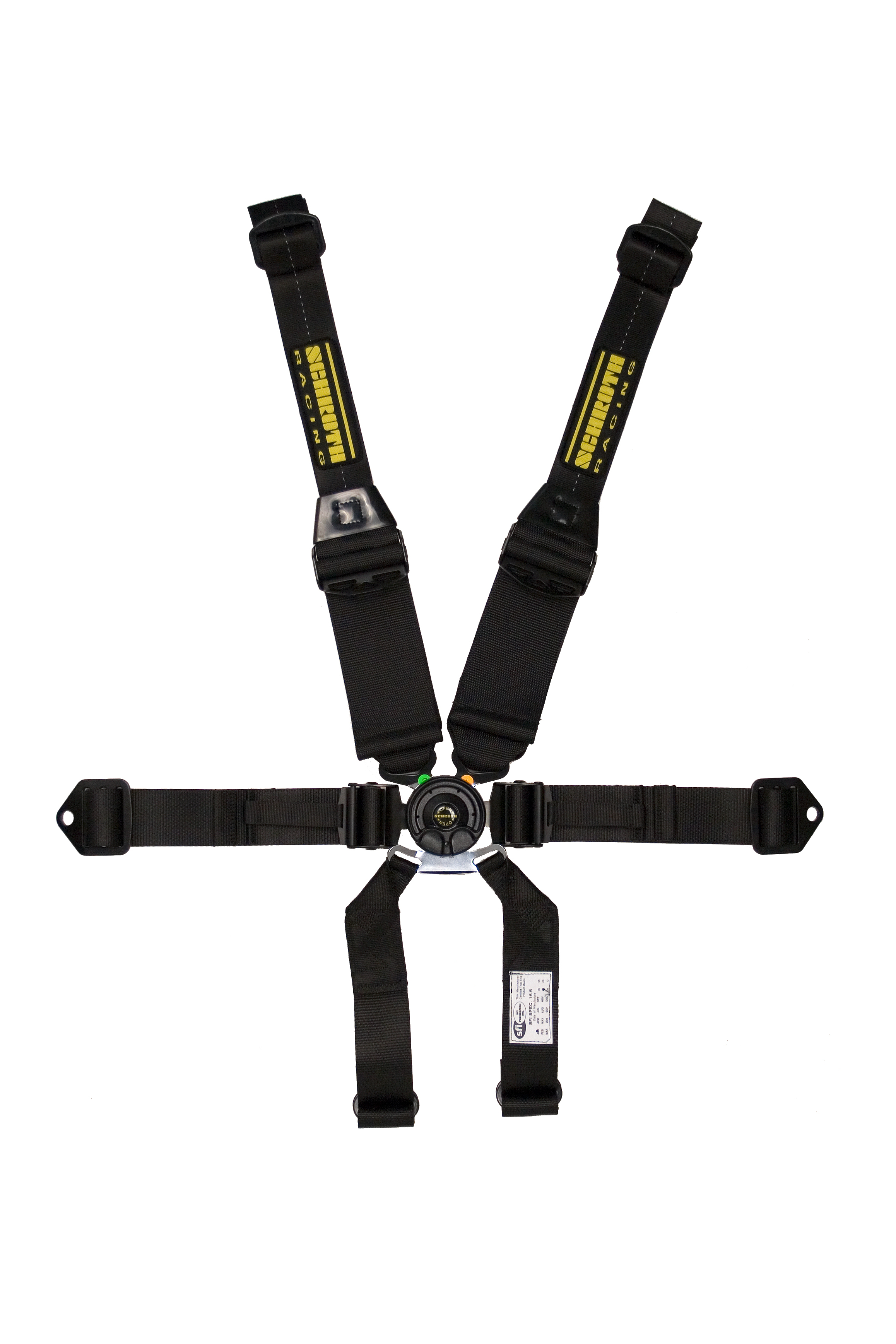 Now Available with our best Lap Adjuster ever made! The SL88 is SCHROTH's newest technological advance. It incorporates the inline lap adjuster into the buckle that clicks into the Camlock. This is much better from an ergonomic standpoint as you don't have any webbing or stitching between the buckle and the adjuster allowing you to use pull down belts in very small spaces. No more will you be frustrated by not being able to tighten your belts because the adjuster hits the seat - now it'll be right at the cam lock all the time!

Not only that, these adjusters are some of the smoothest adjusting pieces we've ever seen yet they pass all applicable tests for microslip under load!

In 2007, Schroth introduced the Nextel Cup to the 2" lap belt that has been available to FIA sanctioned racers for years. In doing so, they've stepped up the level of safety available to racers running under all SFI 16.5 harness rules. 2" Lap Belts are now legal in all touring NASCAR series.

The 2" lap belt offers greater safety because it fits better on the human pelvis. The part of the pelvis where the lap belt contacts the body is called the Iliac Crest. This is the bone that sticks out at the front of your hip. When seated, a 3" lap belt will ride on top of this crest. A 2" belt sits below this crest, and exerts all of its force on the hard part of your pelvis, rather than focusing it on a small surface area of bone. Because of this fact, you can generally get the 2" lap belt up to 1.5" tighter than a 3" lap belt.

Add this 2" lap belt to the already impressive features that distinguish the Schroth harness from the rest of the competition and you end up with an easy choice for your harness.